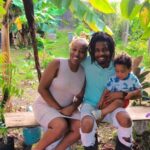 In our podcast with Hamilton’s Homestead, our cousin Dale shared with us how he and his wife Venus transformed the urban area surrounding his home, that basically started out as a landfill, into good quality soil, where there is now an abundance of food to sustain their family. This is a living example that when we respect the earth, balance is easily restored. 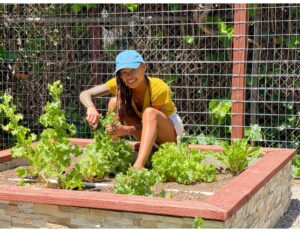 Our conversations with Dale & Venus, and other farmers like them, motivate and inspire us to be a restorative force to the generous natural resources that surround us.  In our farming venture we aim to restore the knowledge that we are here to serve the earth, while consciously moving away from the imperialist worldview that “the earth is ours” to reap from.

Even though the earth gives us life, and nurtures us as the most compassionate mother would, we exploit her. Common human lifestyle practices and earth damaging behaviours put the livelihood of our families and future generations at risk. Already plant and animal species diversity has reduced world wide by an average of 68%, since 1970. Our community is changing due to industrial processes, like concrete production, increasing our CO2 emissions to record highs. Globally, we produce about 30 billion tons of concrete a year, making concrete the most widely used substance on earth after water.  Concrete is scarring the earth and it can not sustain us. 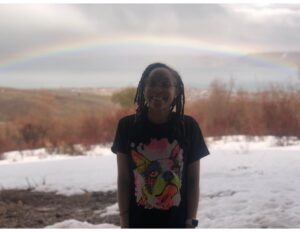 We can heal her scars by supporting life diversity and returning life to our soils.  Modern agriculture is dependent on maintaining soil health as its productive base. The most immediate action we can take to absorb excessive CO2 in the atmosphere is planting seeds and using regenerative farming practices.  According to the Natural Resources Conservation Service (NRCS), the United States is losing soil at a rate 10 times faster than the soil regeneration rate. The Earth needs us to be her advocate so she can continue to regenerate and sustain us.  By farming like nature we can support her creation magic.